I early adopted an extremely light life style that allowed me to travel the world for years with barely no money – walking, hitch hiking cars and boats, sleeping under the stars and sharing the life of people of all conditions – and to dedicate myself to my vocation.

I spent the last nine years trying to catch, understand and describe the fractal dynamics moving all systems in the Universe and the ways they interact, with a special interest for our specie. I seized the deep dynamics moving human societies on the long run (systemic anthropology).

Today, I advice people who run private and public organizations and build what I called “systemic levers”, targeting their reason of being and answering their needs. Oppositely to usual approaches, a systemic lever is a sharp strategy that produces maximum impacts for minimum efforts. By identifying and acting around hotspots, systemic levers unlock huge transformation forces.

Systemic levers may be use in any case. Below are two concrete examples:

⸻ For self interests: Edward Bernays was the best spin doctor of his time. In the 1920′, a piano manufacturer came to him to boost his sales. To do so, Bernays did no advertising to break sales resistance, but convinced leading architects that the new trend was to add a music room to the houses they draw. Shortly after, the demand for pianos sky rocked in order to fill up this new space in the middle class American’s standards•.

⸻ For the common good: Nearly a century later, another Edward triggered a systemic lever that went way beyond his expectations. By skillfully disclosing classified proofs that US intelligence was spying on a vast portion of humanity, Snowden partly changed how Internet works: from 2013 to 2019, the volume of encrypted digital communications rose from less than half to more than 80%•.

By ethics, I only use levers for purposes serving true sustainability and meaningful successes. In this trajectory, I use the reduction of sufferings and losses as markers. Globally,  I care to anchor my work into in authenticity, radical thinking and love.

Give me a lever and a fixed point,
and I will shake the Earth

Challenges we face require deep adaptations from organizations that plan to survive (88% of F500 companies vanished since 1955•). And adaptations require out-of-the-box minds.
However, most educational systems aim to shape implementers – not thinkers and even less wise individuals – turning conformism into the major criteria of graduation. As a result, in a recent report the École nationale d’administration of France was alarmed about the “stereotypical thinking” of their entrance candidates•.
Again, systemic anthropology helps to step out conventional frameworks and to reconnect with solid basis.

Many try to heal the symptoms of their hyperactivity by doing more, ending up as a hamster in a wheel. But true solutions often lay in removing the inessential. Therefore, the levers or patterns I design reflect this minimalist spirit.

Though the problems of the world are increasingly complex,the solutions remain embarrassingly simple

Regarding practice, here is my applied methodology:

Beside work, I play Go, love long hikes and enrich my gardening skills.

I also launched the shared university LZ, run the W studio – an UX and digital enterprise – and volunteer on different ecological and social projects.

Do not hope for changes. Provoke butterfly effects that work: write@fabricegagnant.com 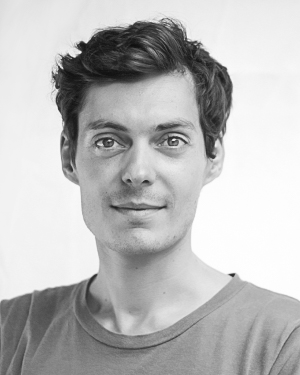 This Privacy Policy is intended to tell you about the type of information we collect when you visit www.fabricegagnant.com (“website”) and to explain the manner in which we collect, store, maintain and protect that information.

We may offer features through our website such as online forms. If you choose to use these features, you may disclose “personal information” including your name, email address, mailing address and telephone numbers. In order to better serve you, we may collect and store this personal information on an individual basis.

You acknowledge and agree that you are solely responsible for the accuracy and content of your personal information.

Information that we collect is typically stored on secured servers located in France.

We use personal information and information obtained by electronic communication solely for our own activities and to provide you with best services. We may use the aggregate or statistical website use information for security and maintenance purposes to improve our website and better serve our visitors. We will not sell, rent or lease any of your personal information.

We may disclose information when legally compelled to do so and when we, in good faith, believe that the law requires it or for the protection of our legal rights.

Our website, technology and the law are constantly changing. As a result, we may revise this Privacy Policy in order to respond to those changes, without notice.

Site and contents crafted with all my ♡.

The following text will be sent to our editors: